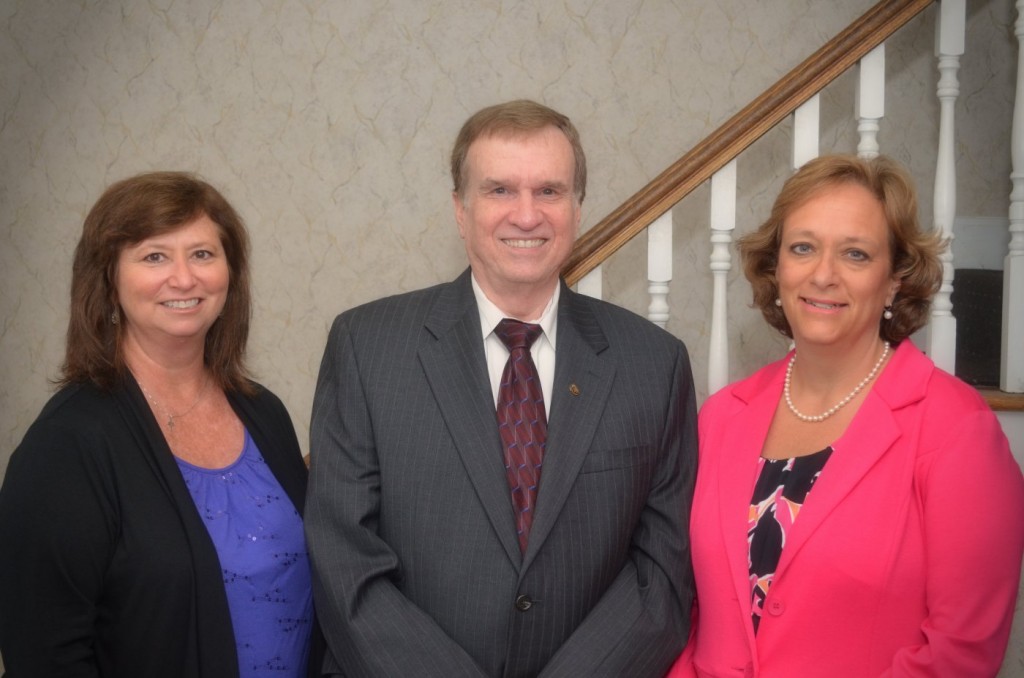 Partners, Miranda Kern and Gina McCombs, joined founding partner, Ben Loggins in 2013 to form Loggins Kern & McCombs CPAs PC.   “Both Miranda and Gina have been involved in the firm’s strategic planning and decision making for some time now”, commented founding partner Ben Loggins.  “They have been instrumental in guiding the day-to-day operations of the firm, and I am thrilled to recognize their contributions in a more formal way by making them partners and adding them to the name of the firm.”

Ben R. Loggins, CPA is a native of East Point, Georgia. He and his wife, Theresa, have made their home in the area since 1984. He received his BBA and MBA from Georgia State University in Atlanta. Ben also served with the Internal Revenue Service as an agent and instructor for over six years. In addition, he spent over two years with an International Accounting Firm before coming to Jonesboro to form an accounting firm in 1980. His firm, Loggins and Associates P.C., has grown to 15 employees.

Some of Ben’s activities have included teaching a course on Accounting and QuickBooks at Clayton State College, Treasurer of Clayton County Rotary Club, Director of Southern Regional Medical Center Foundation, Director of Clayton Community Foundation, Treasurer for the Georgia Figure Skating Club, Member of the Governing Council and Finance Committee of the US Figure Skating Association, Treasurer for the Clayton County Olympic Committee, Executive Director of Atlanta Alumni of Revenue Agents, Director of Bay View Homeowner’s Association, and member of both the American Institute of CPAs and Georgia Society of CPAs. In addition, Ben has presented numerous tax planning seminars in the metropolitan area.

Miranda R. Kern, CPA, is a native of Stockbridge, Georgia. She resides in Stockbridge with her husband, Brian.  They have two daughters, Morgan and Sarah, who have both worked in the firm while attending college. She received her BBA from The University of Georgia in December 1982. She is a member of the Georgia Society of CPAs and the American Institute of CPAs. Miranda has been associated with Ben Loggins since 1981 and a partner in the firm since 2013.

Gina W. McCombs, CPA, is a native of Richmond, Kentucky. She moved to Clayton County in 1982 and resides in Jonesboro with her husband, Jon, and son, Christopher. She attended Eastern Kentucky University, and she received her BBA from West Georgia College in Carrollton, Georgia in 1984. She is a member of the Georgia Society of CPAs and the American Institute of CPAs. Gina is a graduate of Leadership Clayton and has served on the Board of Directors of A+ for Clayton County. Gina has been associated with Ben Loggins since 1985 and a partner in the firm since 2013.