I am writing to tell you of an interesting new rollover opportunity that’s coming up in a few months. After 2009, you will be able to roll over amounts in qualified employer sponsored retirement plan accounts, such as 401(k)s and profit sharing plans, and regular IRAs, into Roth IRAs, regardless of your adjusted gross income (AGI). Currently, individuals with more than $100,000 of adjusted gross income as specially modified are barred from making such rollovers.
What’s so attractive about a Roth IRA? Here’s a summary:
The catch, and it’s a big one, is that the rollover will be fully taxed, assuming the rollover is being made with pre-tax dollars (money that was deductible when contributed to an IRA, or money that wasn’t taxed to an employee when contributed to the qualified employer sponsored retirement plan) and the earnings on those pre-tax dollars. For example, if you are in the 28% federal tax bracket and roll over $100,000 from a regular IRA funded entirely with deductible dollars to a Roth IRA, you’ll owe $28,000 of tax. So you’ll be paying tax now for the future privilege of tax-free withdrawals, and freedom from the RMD rules.
Should you consider making the rollover to a Roth IRA? The answer may be “yes” if:
You also should know that Roth rollovers made in 2010 represent a novel tax deferral opportunity and a novel choice. If you make a rollover to a Roth IRA in 2010, the tax that you’ll owe as a result of the rollover will be payable half in 2011 and half in 2012, unless you elect to pay the entire tax bill in 2010.

Why on earth would you choose to pay a tax bill in 2010 instead of deferring it to 2011 and 2012? Keep in mind that absent Congressional action, after 2010 the tax brackets above the 15% bracket will revert to their higher pre-2001 levels. That means the top four brackets will be 39.6%, 36%, 31%, and 28%, instead of the current top four brackets of 35%, 33%, 28%, and 25%. The Administration has proposed to increase taxes only for those making $250,000, but it is difficult to predict who will get hit by higher rates. What’s more, there’s a health reform proposal before the House of Representatives right now that would help finance healthcare reform with a surtax on higher-income individuals.
So if you believe there’s a strong chance your tax rates will go up after 2010, you may want to consider paying the tax on the Roth rollover in 2010.
Here are some ways individuals can prepare now for next year’s rollover opportunity.
We should discuss your and your family’s entire financial situation before you plan for a large rollover to a Roth IRA after 2009. There also are many details that we should go over, such as whether the amounts you are thinking of switching to a Roth IRA are eligible for the rollover (technically, they are called “eligible rollover distributions”), whether you can make rollovers from your employer sponsored plan (for example, there are restrictions on rollovers from 401(k) plans), and the tax impact of rolling over amounts that represent nondeductible as well as deductible contributions.
-Ben Loggins 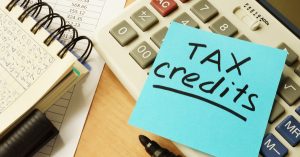